Joe Truskot
Joe Truskot has grown more than 250 different varieties of roses in his garden in Salinas, California since 1993. Most recently he has lectured in Chico, Soledad, San Mateo, Vallejo, Brentwood, Santa Cruz, Aptos, Carmel, Watsonville and Salinas on a variety of rose and gardening topics. He is a Master Rosarian and the author of The Central Coast Rose Manual, a guide to growing roses along California's Central Coast. He is currently radio show host on KSQD Santa Cruz 90.7FM streaming live at ksqd.org. He was the features editor and senior reporter at The Salinas Californian, part of the USAToday Network. He is an avid arts supporter having run the Monterey Symphony for 20 years and served as a classical music announcer and producer for KUSP, a public radio station in Santa Cruz.

Posted by Joe Truskot at 7:26 AM No comments:

My collection and admiration of the postcards created by Catharina Klein continues to grow. During her long standing relationship with the Meissner & Buch Publishing House in Leipzig, Klein regularly submitted cards in sets, mostly with four works comprising the series number. She cleverly used her graphic ability to group similar items. The following examples demonstrate the depth of her creativity, style, and technical prowess. The lowest series number I have discovered in 1047 with the approximate date of 1902 and highest number 2784 dating from the mid-1920's.

Catharina Klein was not the only artist employed by Meissner & Buch. There were many others but she was, by far, the most prolific. 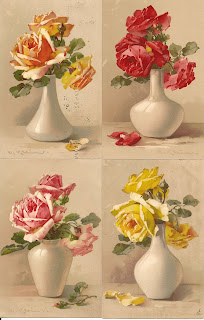 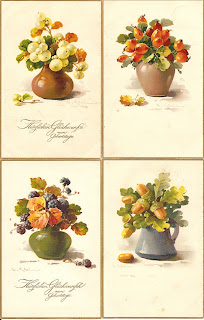 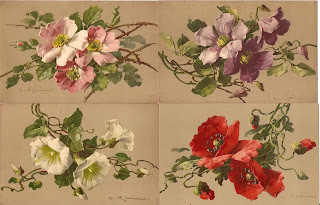 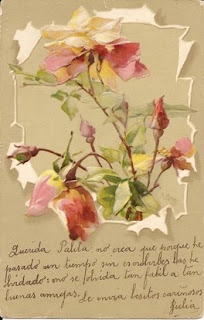 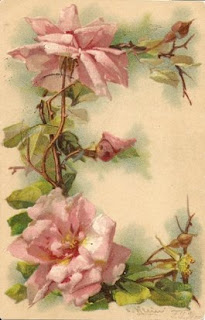 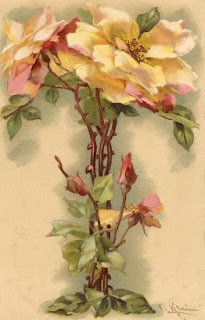 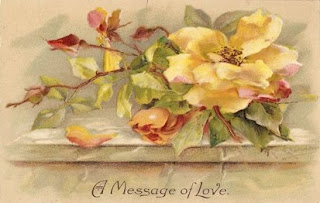 paintings resulted in publishers creating entirely new postcard to sell using rearrangements, exagerated details, recombinations, and mixtures of others' artwork with hers.

The practice originated in the great printing houses of Germany, but eventually crossed the Atlantic. I can only imagine what Catharina Klein thought of such misuse of her work. I assume she got paid for the original submission and that was the end of any control she had.

These examples from my collection show how inventive the publishers were in getting the most from her artwork. The two selections from her alphabet series were designed and painted by Catharina Klein. The project may have been a publisher's idea, but she executed the commission beautifully. The other examples are copies of her work rearranged by publishers. These are some of the better "concoctions" but they do not show that great sense of composition and line that she had. 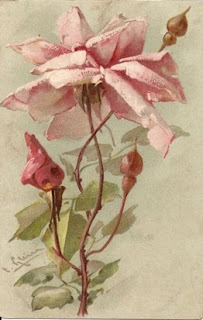 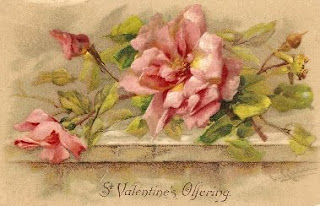 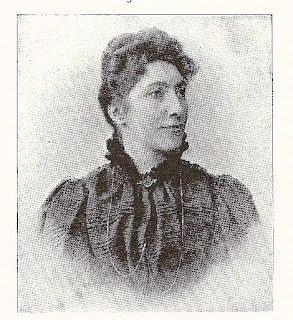 This blog is dedicated to the great German painter Catharina Klein!
I've noticed several postings on the internet which have the wrong information regarding one of the greatest still life painters of all time, Catharina Klein, and I thought I would share with this group my research on her. Many of the reference books listing her are incorrect.
Catharina Klein is also known as Catherine Klein. Her name was Anglicized during WWI to avoid any disinclination to buy her work. She is sometimes mistakenly referred to as "Christine." Her signature is "C.Klein" and usually accompanies her work, especially in those postcards and prints closest to the original paintings which were in oil or gouache, an opaque watercolor paint. If her signature is underlined, it’s an indication of an earlier work. She rode the crest of chromolithography at the end of the 19th and into the 20th Century. Catharina Klein was born in 1861 in Eylau in East Prussia (what is now a Russian province called Kallinigrad which is actually separated by the Baltic States from Mainland Russia.) 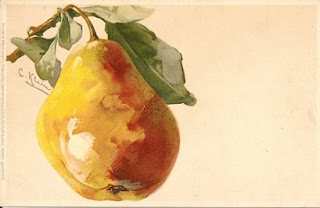 Catharina Klein later moved to Berlin where she studied at the Vocational School. She was one of the most respected and popular flower painters of all time. She ran a studio in Berlin and trained young women how to paint. The art establishment considered her a commercial artist and disregarded her work. Very few original paintings still exist. Several of the warehouses which may have contained the originals were destroyed in WWII. Catharina Klein painted more than 2,000 different still life images which exist now only on postcards, calendars, and advertisments. She has an avid following among ceramic painters. She died in Berlin in 1929. She was a single woman in a male dominated art world and she earned her living through her talent which was a remarkable feat for that period. 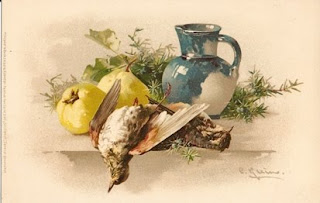 Ever industrious and clearly in demand, Catharina Klein submitted her work to several publishers. The best among them were Meissner and Buch in Leipzig, a couple of Swiss firms, and Adolphe Tuck of London (His father's name was Rafael and they were Germans prospering in England just before war broke out between the two countries! Just like the British Royal Family, they Anglized their names to desguise their true origins.).
Catharina Klein painted from real life examples so that inadvertently she documented varieties of fruits and flowers which are now considered to be heirloom. The larger her signature is in proportion to the card the greater the likelihood that the card depicts only a detail of a larger work. 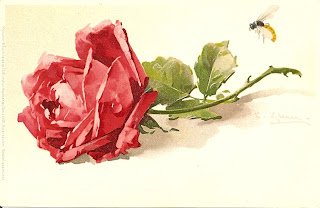 Sadly, in the 1950's an investigation of her gravesite took place and as no relatives were known to have visited her and the art establishment (whoever THEY are) decided she wasn't of significant enough importance to have her grave preserved, they dug her up and destroyed the remains so that someone else might be buried in her spot.
Even more tragic, several buyers of her postcards today cut them up to make jewelry or decopage wall hangings,thus destroying the only memory of this fantasticly creative artist. Her graphic designs are some of the most clever ever put on paper.
Recent auctions of her cards on Ebay have fetched close to the $200 mark.
Additional information on her work will be posted here shortly.
Joseph Truskot
January 29, 2010